HB is a Proud Partner of the Las Vegas Raiders

Henriksen Butler has been announced as a Proud Partner of the Las Vegas Raiders and a Building Partner of Allegiant Stadium, bringing over 40 years of expertise to Las Vegas’ newest professional sports team. 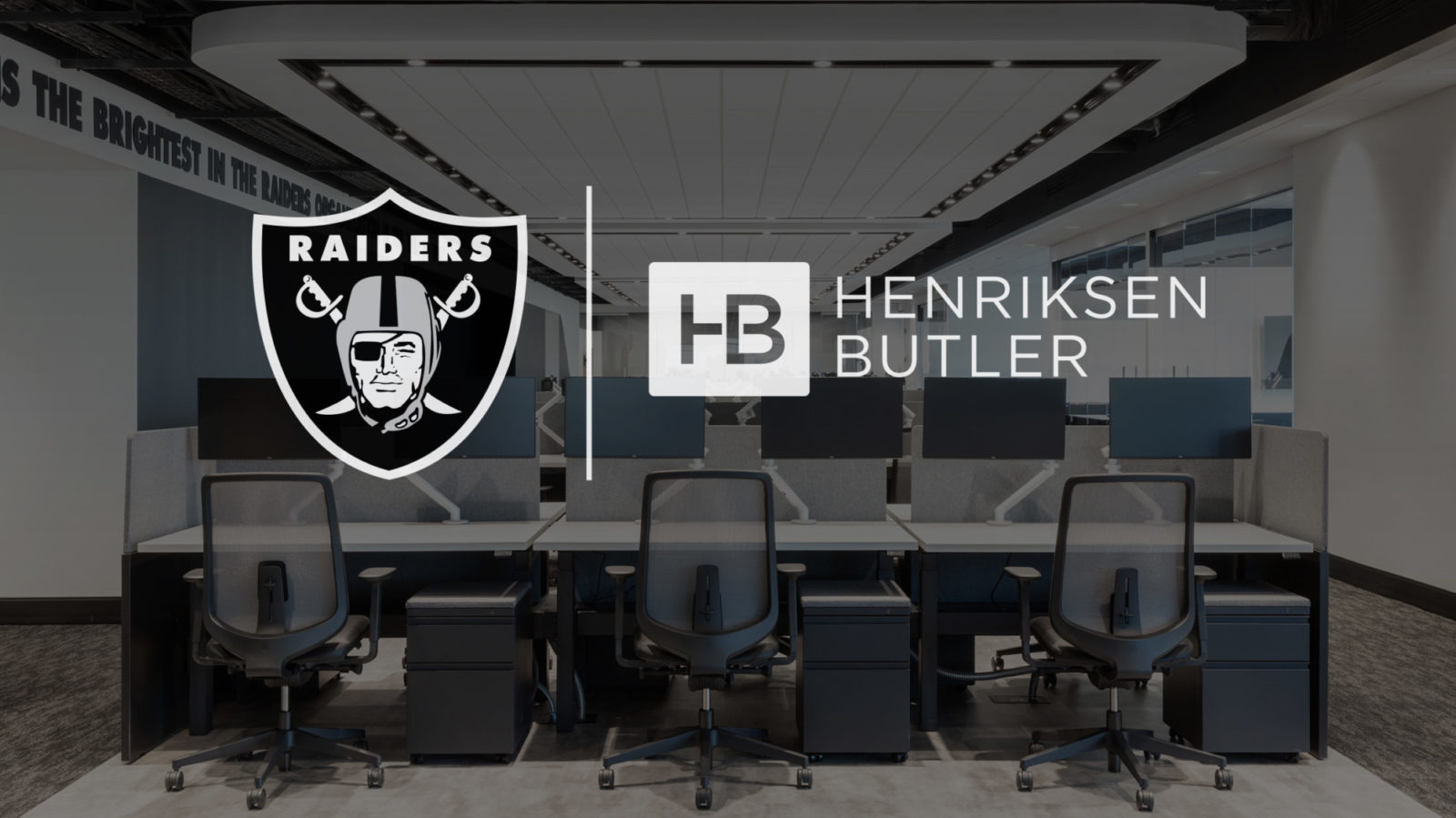 For over 40 years, HB has been known for creating places where people and organizations can thrive. Now, we are proud to announce that we are a Proud Partner of the Las Vegas Raiders and a Building Partner of Allegiant Stadium. Our local Las Vegas team worked side-by-side with the Raiders organization, CAA Icon, and the project's architects and designers to furnish the team’s spaces, including operational facilities at Allegiant Stadium and the state-of-the-art Intermountain Healthcare Performance Center.

"When choosing a company to provide furnishings for Allegiant Stadium, we required one with extensive large-scale experience plus a great reputation,” said Tom Blanda, SVP of Stadium Development and Operations for the Las Vegas Raiders. “HB has been a fantastic partner from the beginning, knowing exactly how to execute our workspace plans and providing recommendations every step of the way. We look forward to a long and fruitful partnership with their team.”

The projects span over 260,000 sq. ft. of Henriksen Butler-furnished space, and feature products from world-class manufacturers and industry leaders.

"Allegiant Stadium has been such an exciting project to work on, and the Raiders have been an extraordinary partner throughout the process,” said Henriksen Butler’s Las Vegas Market President and Principal, Heather Bressler. “As a Las Vegas business, we understand the importance and significance of the Stadium and Performance Center to our community and the Raiders’ fan base. We have put a lot of thought and care into creating a space that fully supports the organization.”

The partnership is the latest in a long history of outfitting major sporting organization venues, including the Las Vegas Ballpark, the United States Olympic USA House and Vivint Smart Home Arena. “When people ask what we do, we proudly say that we help create great places where people work, learn, heal, live, and play,” says HB CEO Dave Colling. “When we complete a project, we take pride in what we leave behind and its impact on the organization and surrounding community for years to come.”

Legends Global Partnerships represented the Raiders to secure the partnership with Henriksen Butler as a part of their duties as the stadium’s official premium ticketing and sponsorships agency.

Located adjacent to the world-famous Las Vegas Strip, Allegiant Stadium is a global events destination, highlighted by the arrival of the iconic Raiders. Allegiant Stadium is ideally located for both visitors and locals, fully enclosed and climate controlled with a capacity of 65,000. The technologically advanced stadium will host world-class entertainment including concerts and sporting events such as the Pac-12 Championship Game and Las Vegas Bowl, as well as become the home of UNLV Football. The stadium project is expected to generate an economic benefit of $620 million annually, while creating 6,000 permanent jobs in Southern Nevada. For more information, visit www.allegiantstadium.com and follow them on Facebook, Twitter and Instagram.

“HB has been a fantastic partner from the beginning, knowing exactly how to execute our workspace plans and providing recommendations every step of the way. We look forward to a long and fruitful partnership with their team.”
View the Project
Las Vegas Raiders Tom Blanda | SVP of Stadium Development and Operations

See It in Action