For second generation Utah Department of Transportation employee Liz Olschewski, a workplace redesign was vital for the department’s future success. 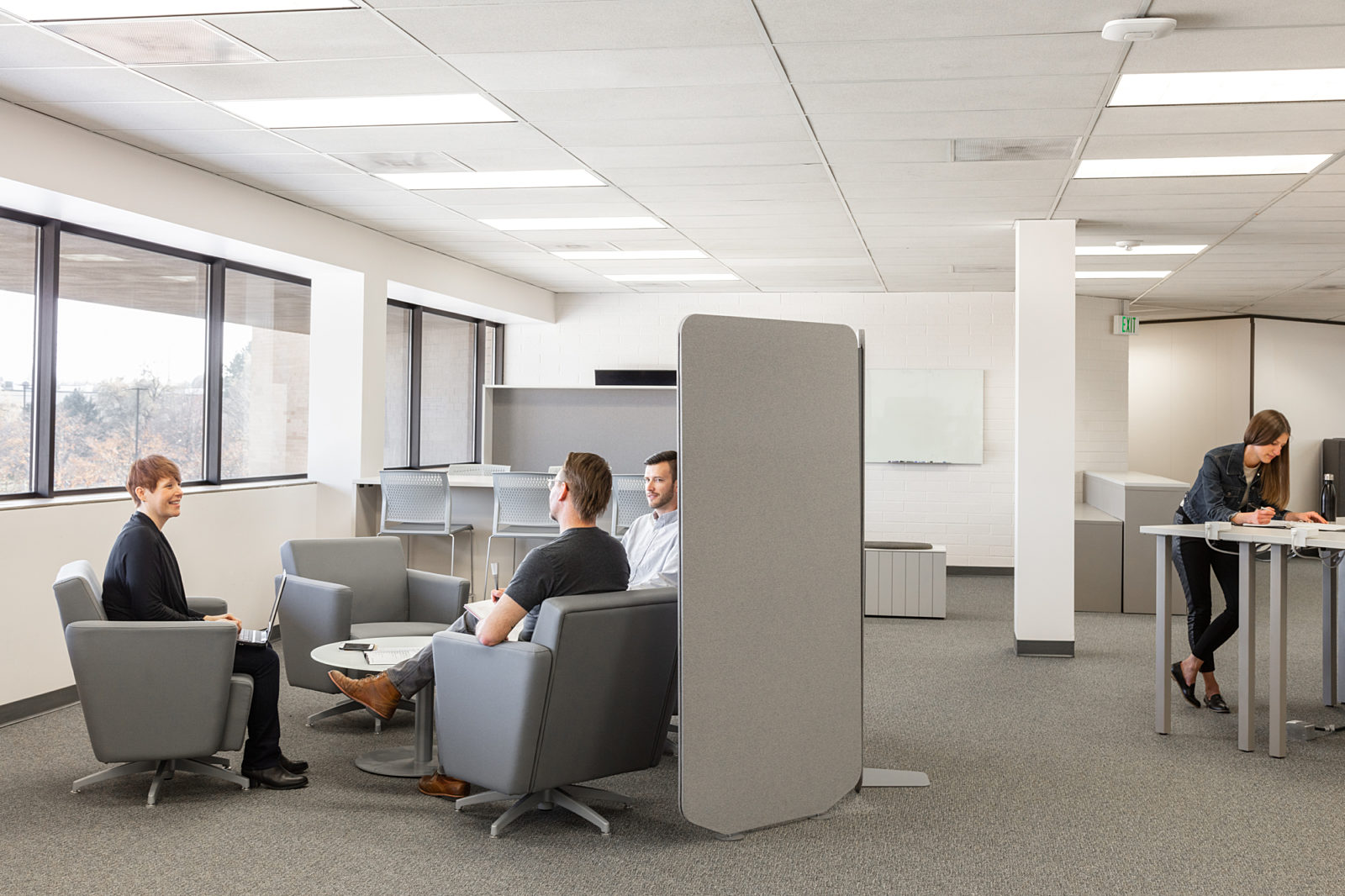 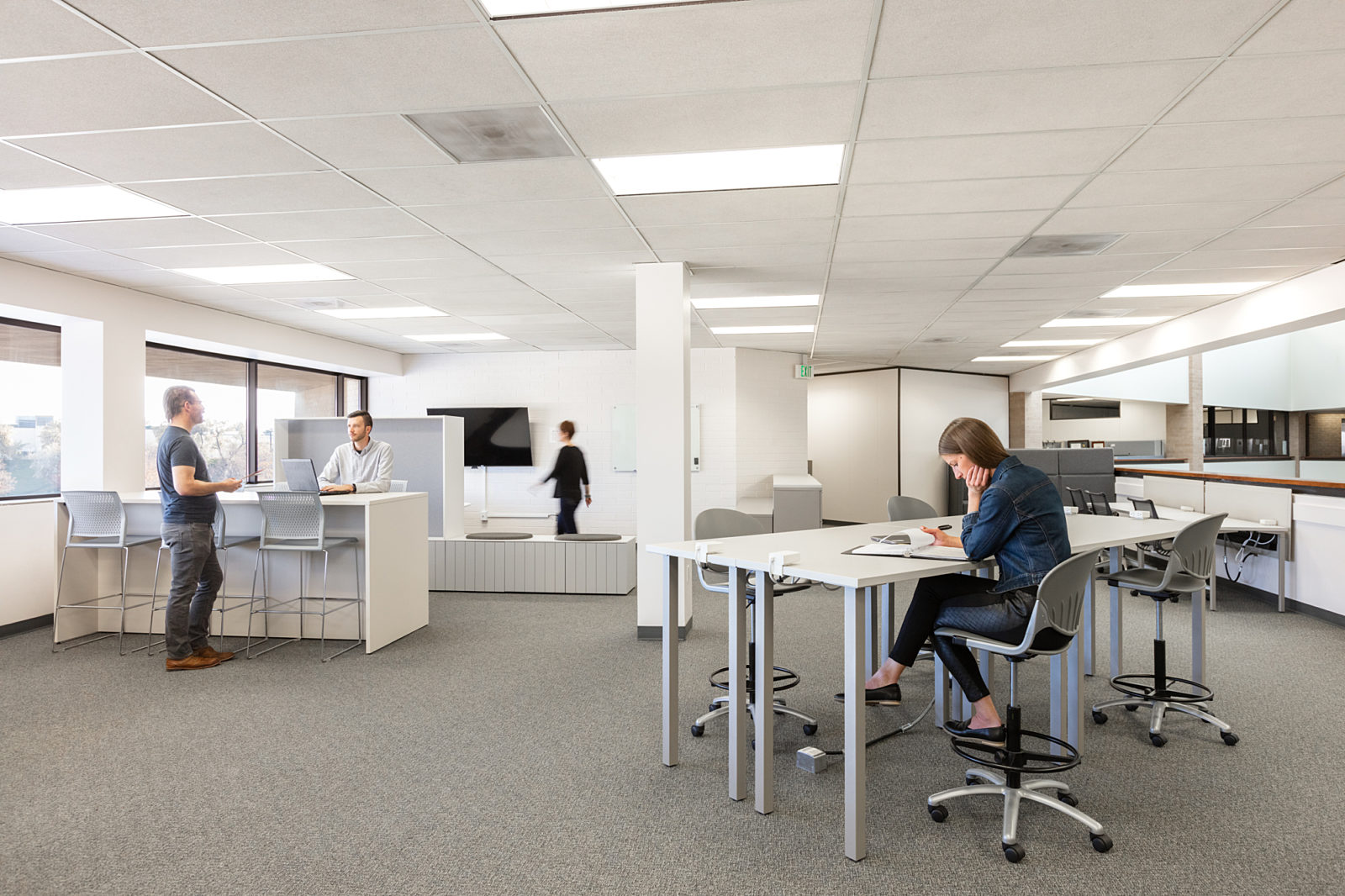 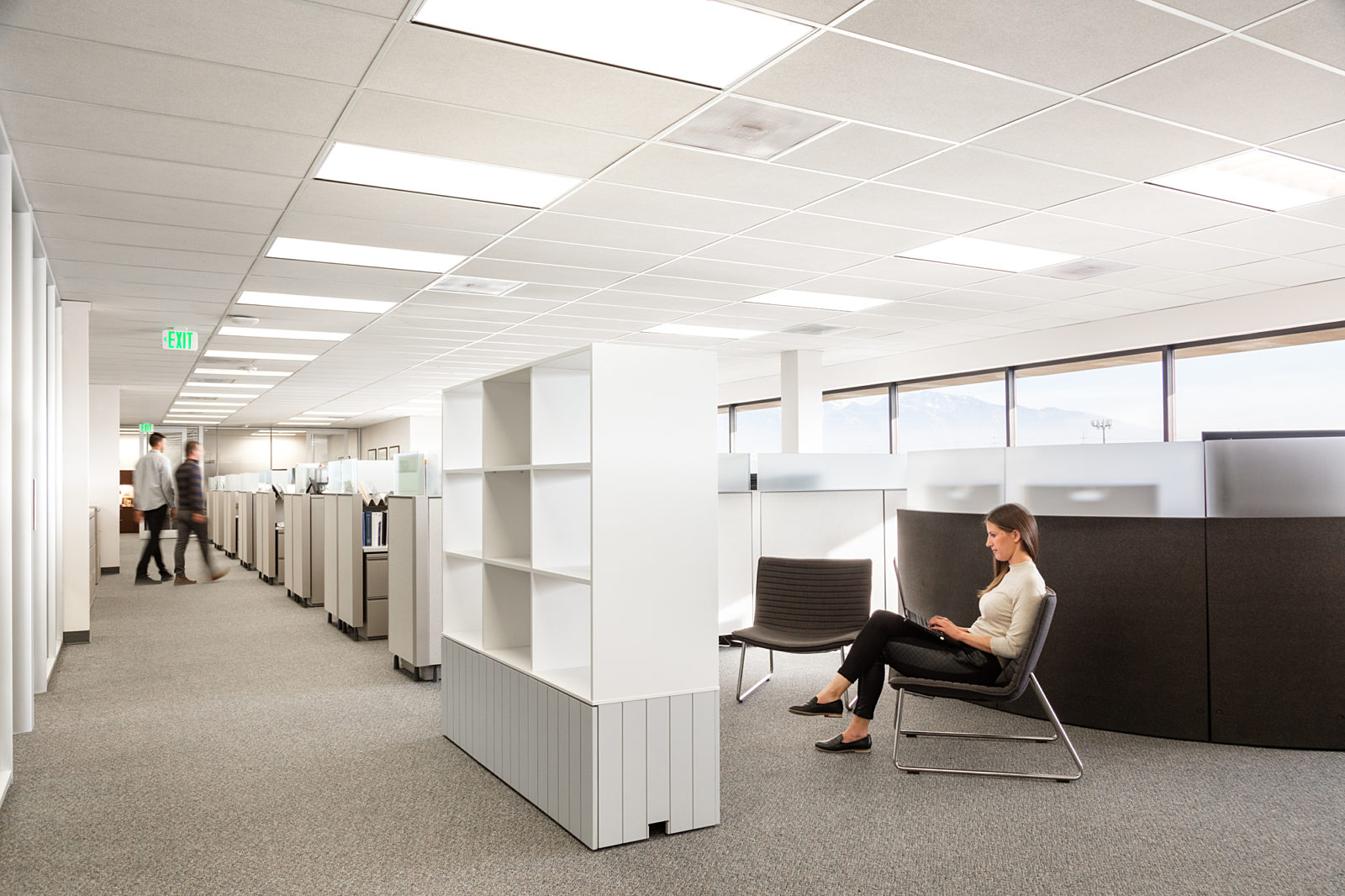 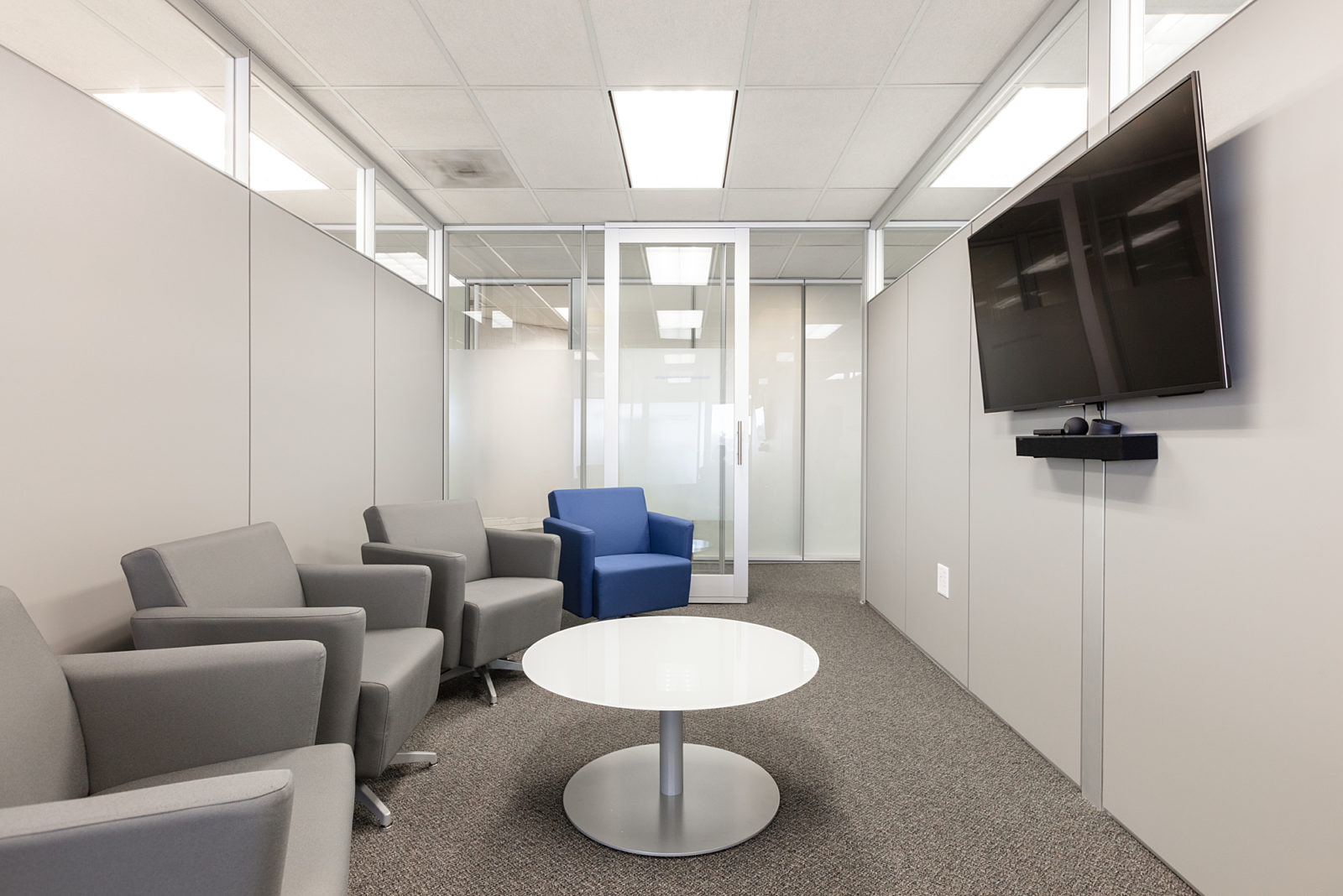 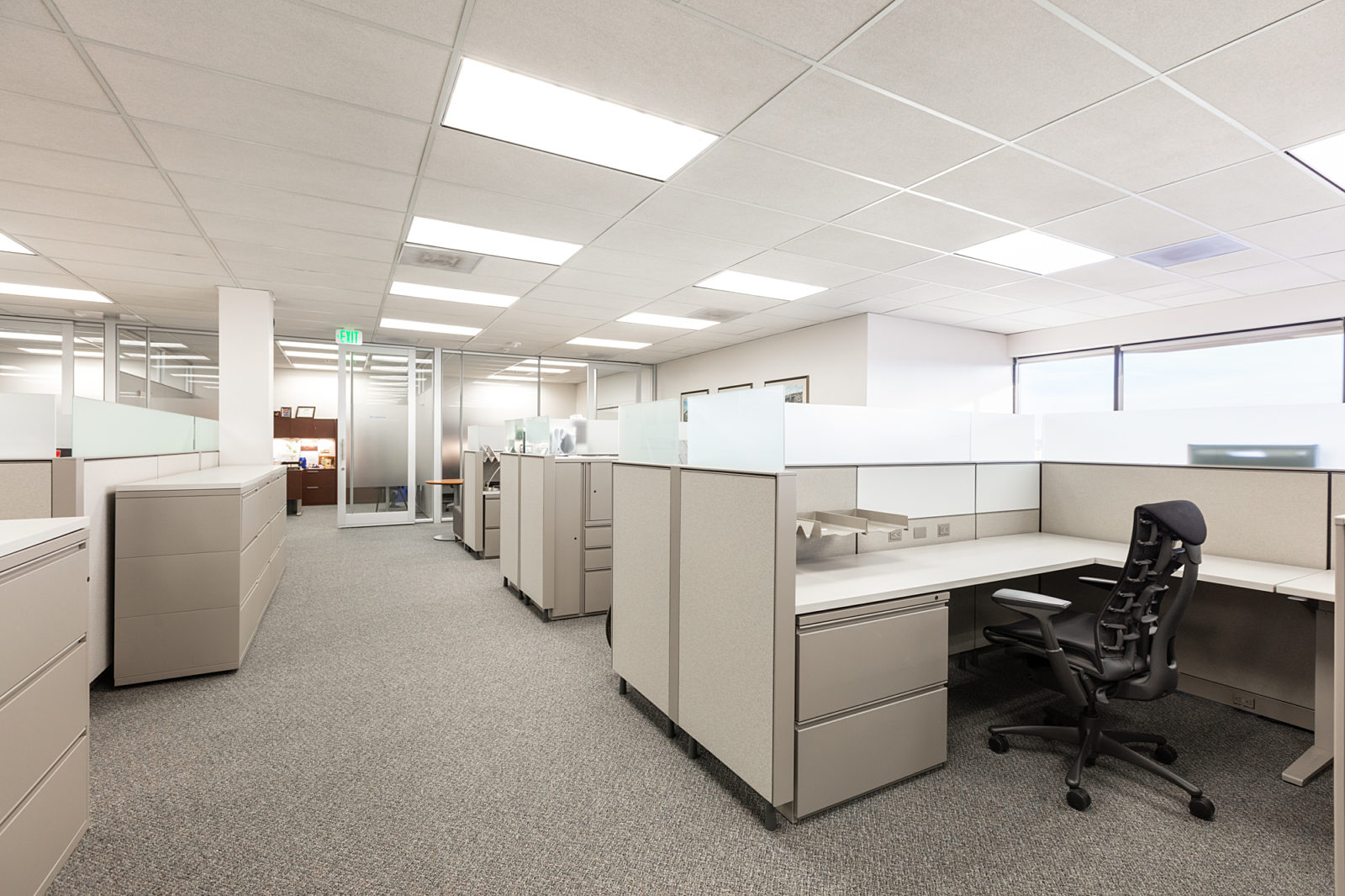 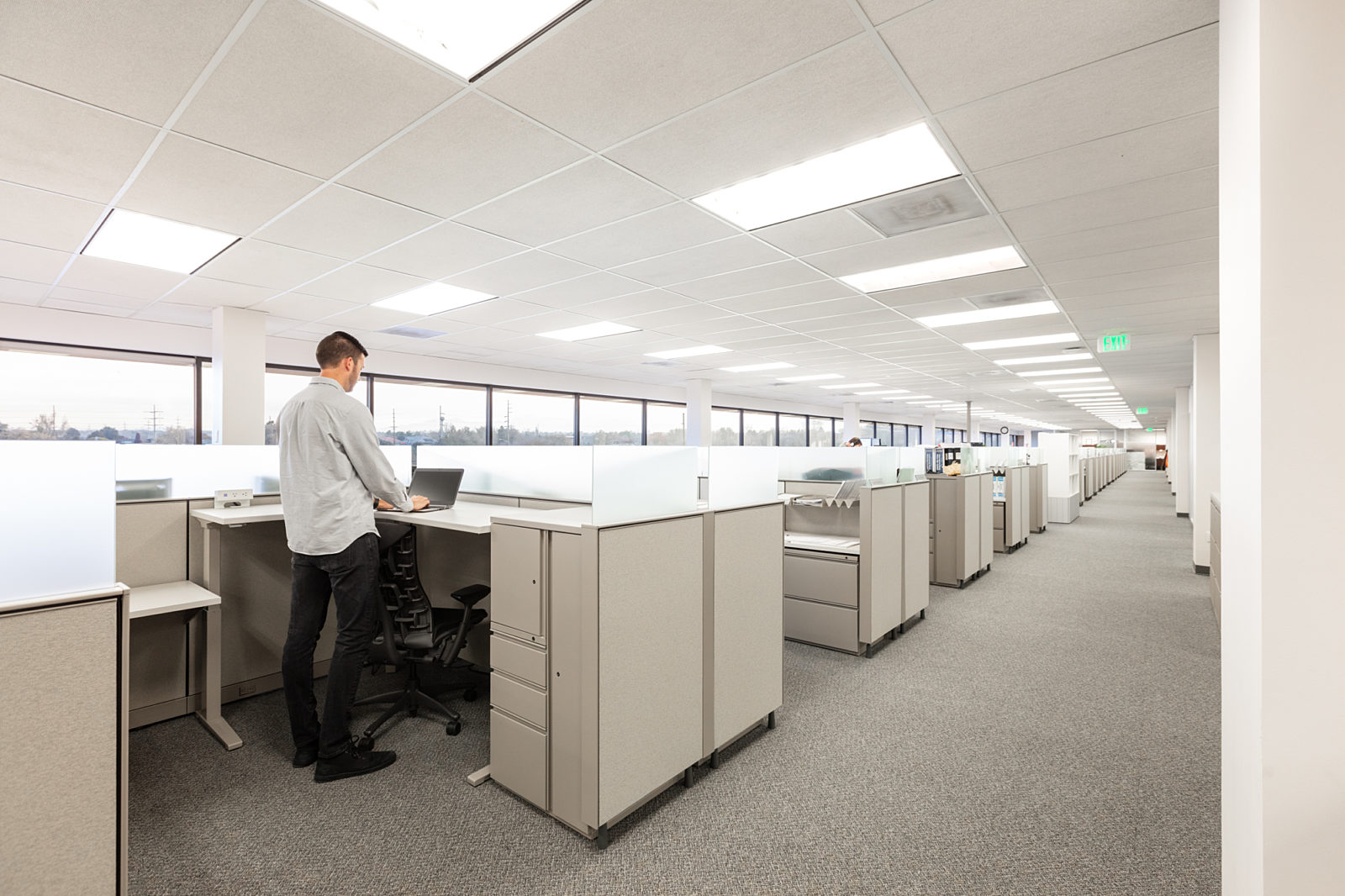 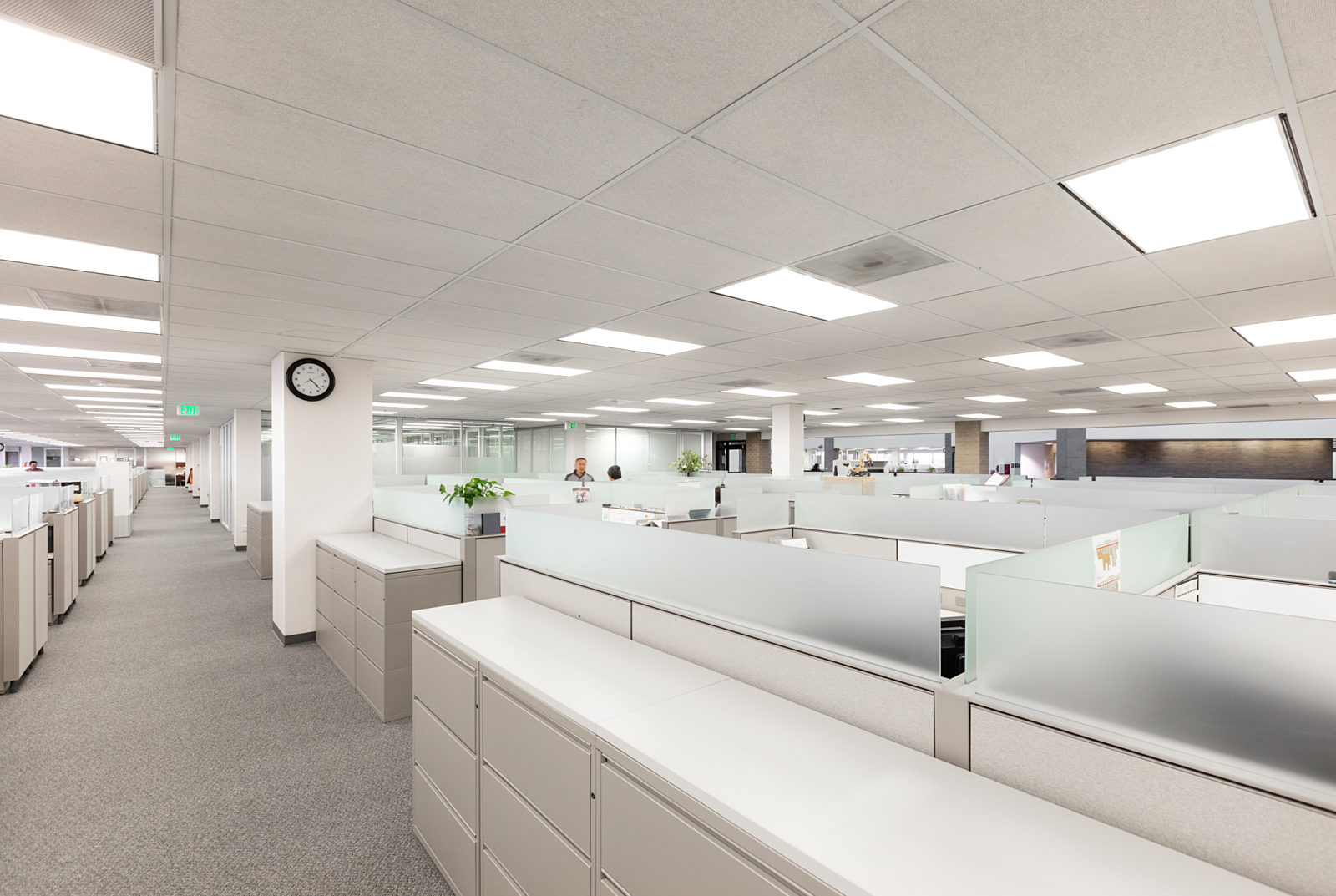 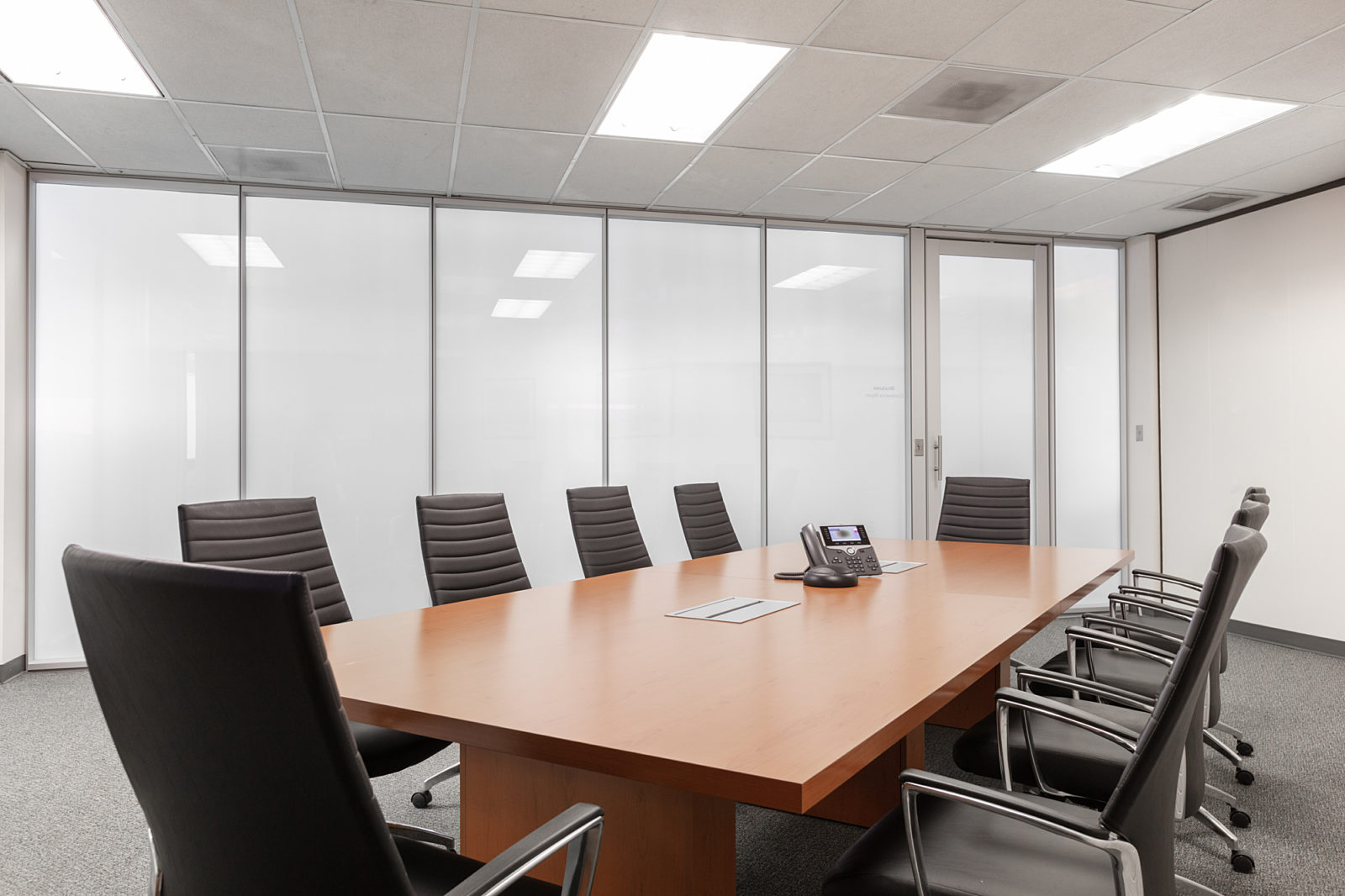 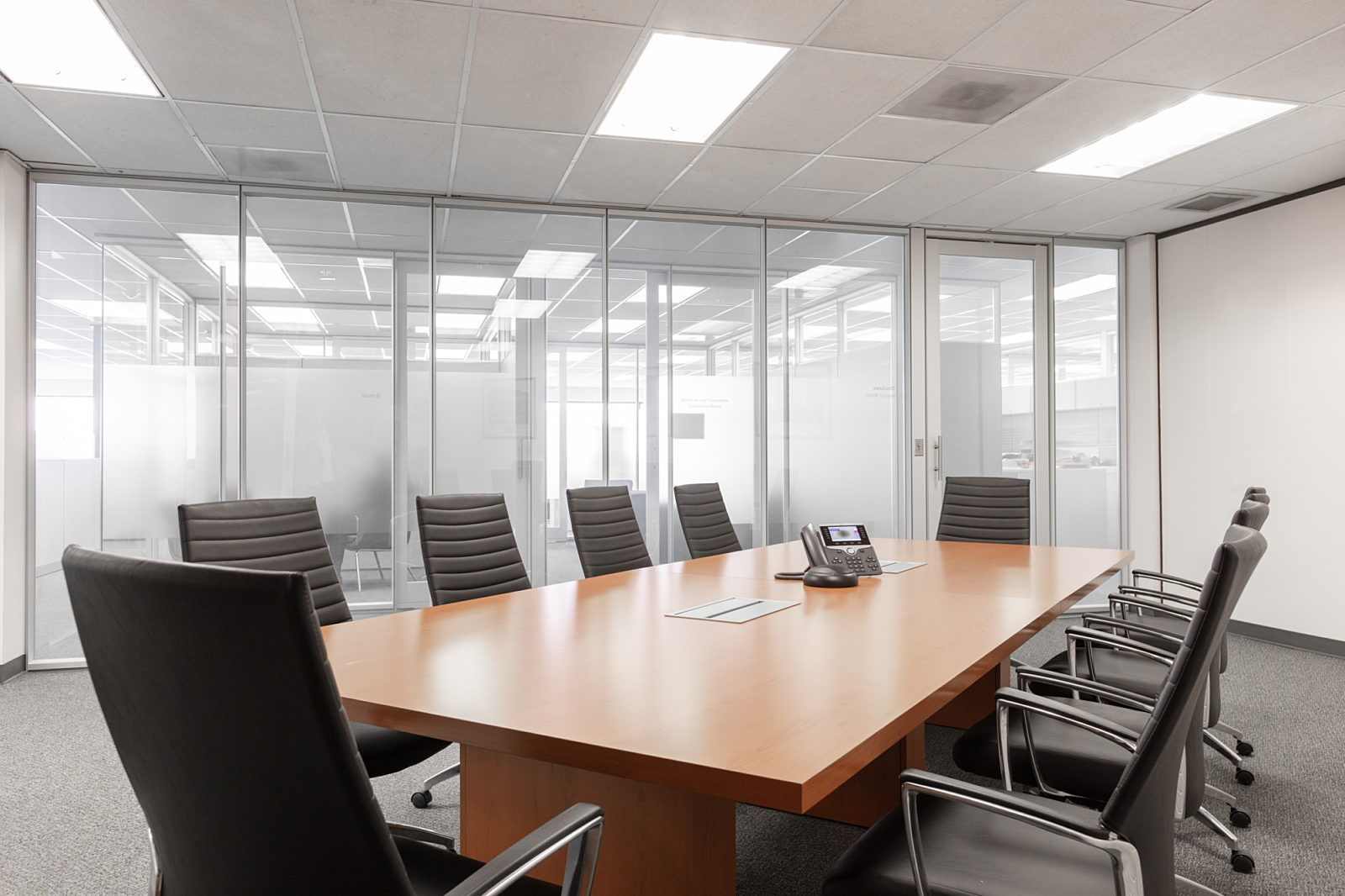 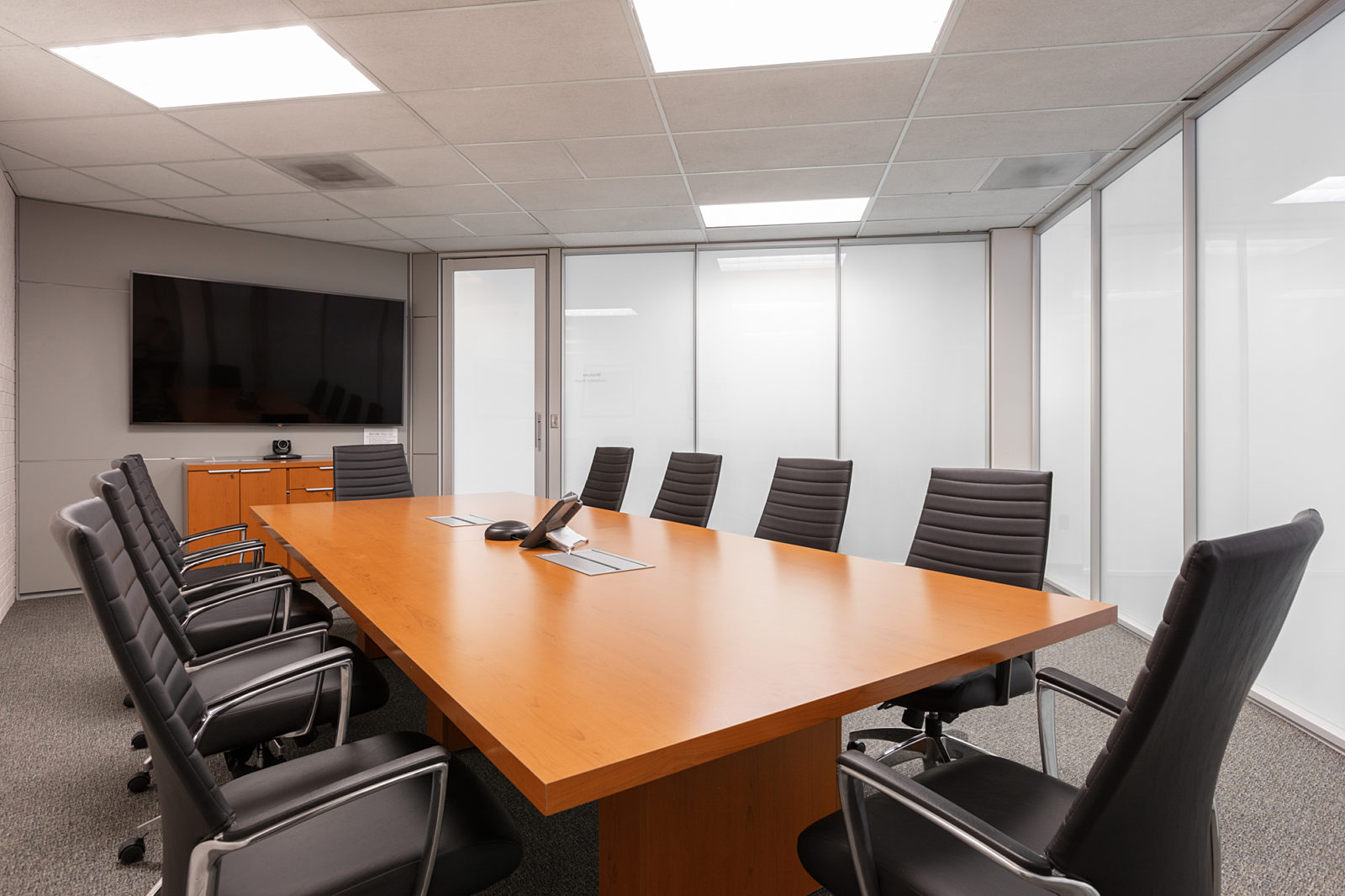 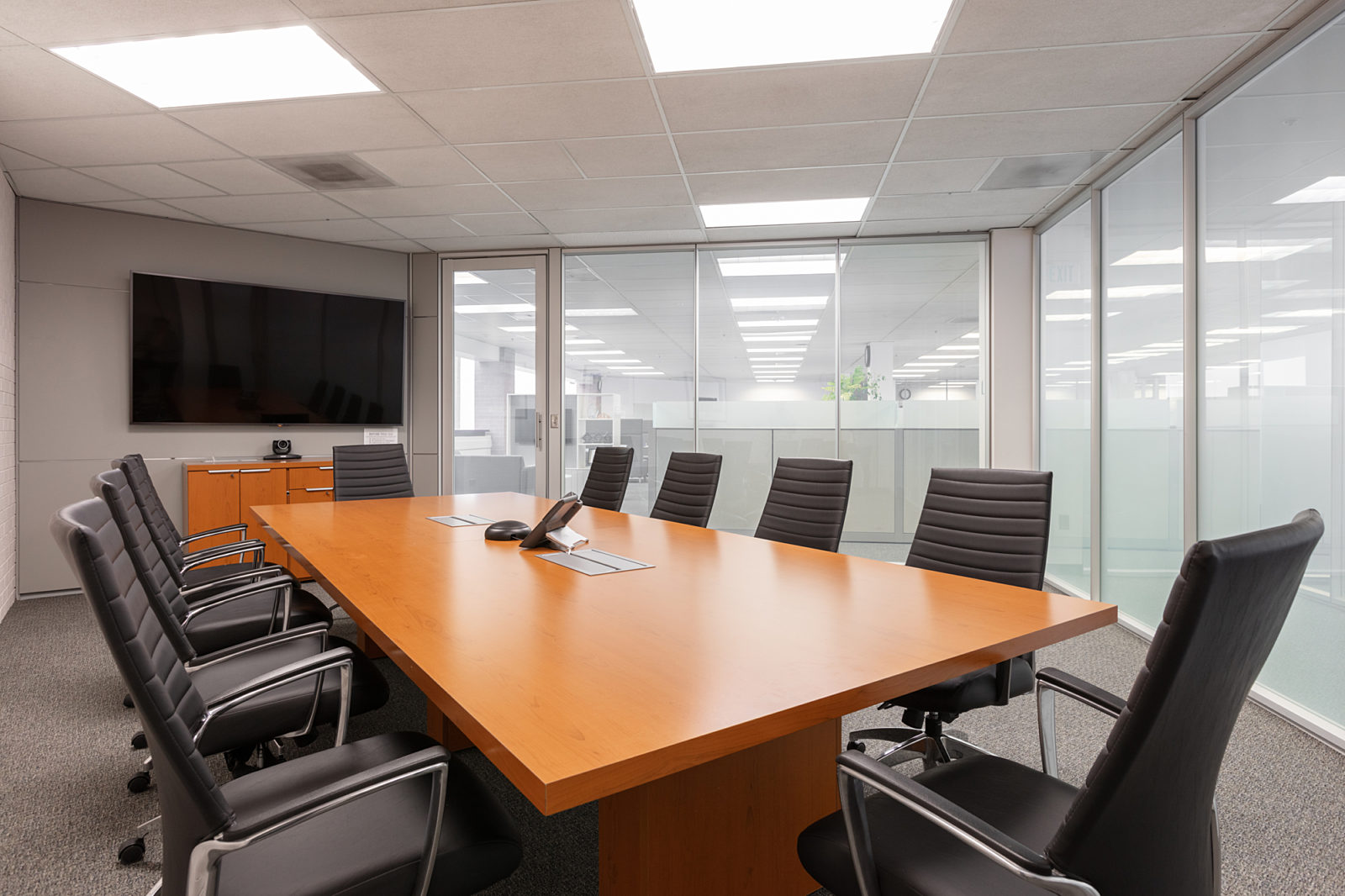 After spending time working in another state facility, Liz returned to UDOT in her role as Finance Manager and saw the necessity of bringing their legacy building onto a modern footing. With support from her supervisor, she began researching the challenges facing organizations today. Together with her project team she delivered tailored solutions through a carefully planned but aggressive renovation process of the 35+ year old facility.

Having received a low score from an audit of the safety and wellness of the space, nearly every area of the facility needed updating. The department realized that effective change management and communication was key to a successful project outcome. Engaging with Henriksen Butler’s workplace strategist, UDOT undertook discovery exercises to determine exactly what type of spaces were needed to best support the work of individuals and teams.

Liz’s first order of business was the breakroom. At nearly 12k feet, the existing space was ample but almost completely unused. With no working sink, nowhere to purchase food, and no real amenities, employees had little motivation to leave their desks for lunch or breaks. Enhancements to this area have brought the entire department together new ways as they dine, relax and connect over meals, milestones and celebrations.

Partnering with Henriksen Butler for the furniture, it was decided that the renovation would be undertaken floor by floor. This strategy allowed for a gentler approach to the change, but also created opportunity to learn and evolve between phases. The final floor resulted in the most modern update and is seen by many within the organization as the most effective.

Liz’s father, a retired UDOT engineer, visited the facility as changes were rolled out. He recalled having moved cubical panels, in use since the 70s, to the current facility. Many of these bulky, tall, now yellowing panels were still in use, reconfigured such that they blocked windows, pathways and open communication. The new design called for relocation of private offices, Herman Miller’s Canvas Office Landscape was installed with lower panels and glass tops, allowing light and views of the outside to flood the space.

Initiatives by the department to move towards greener work practices were supported seamlessly with the renovation. Documents once housed in bulky cabinets were digitized and shredded, freeing up valuable square footage. Workstations were downsized without sacrificing space for personal belongings or comfort.

As the workplace moved into the future, so did the IT department. Bulky PCs were transitioned to laptops, allowing employees to work more freely anywhere in the facility. With this change, furniture elements were implemented that could easily integrate with technology. New small gathering areas dot each floor, supporting small meetings at appropriately sized tables with adjacent monitors and power. Jump stations created welcoming options for flex workers, and soft seating made heads down work away from the desk, a lot more enjoyable.

Partnering with Henriksen Butler’s Build division, UDOT implemented DIRTT solutions, installing sleek, flexible glass fronted walls to create private, acoustically sound offices and meeting rooms. Innovative Switch Glass installed in the large conference room allows teams to meet behind completely private opaque glass, and then convert to translucent at the flip of a switch. DIRTT’s imbedded technology is both futuristic and future proof, with the power to modify certain elements handed over to UDOT’s capable facility managers. The DIRTT solution has nearly eliminated disruptive and messy drywall construction as UDOT is able to change monitors, white boards, tackable surfaces, and even plan for future moves to these entirely modular walls.

UDOT’s carefully planned and executed renovation has given new life to a legacy building. Three generations working alongside each other are finding new ways to support one another as ideas are shared in a space designed for collaboration. Young talent interviewing with the department sees a workplace that rivals any new corporate offering, while tenured staff is working comfortably in their newly updated workstations. Carefully utilizing valuable tax payer dollars, the department successfully met challenges of attraction, retention, wellness, internal communication and technology changes. The project serves as a wonderful model for established organizations working to stay relevant long into the future.

Read the Full UDOT Case Study with Before and After Photos Here.